As a photojournalist, it’s incredibly rewarding when another journalist asks you to document their special day. Katie is a damn good reporter from outside of Chicago and Joel is an eye surgeon who loves Alabama football. I knew that we would get along when they were interested in sharing some amazing beers out of my cellar the first time we met. I travel all the time for weddings, especially in Chicagoland, so I was excited that I was able to capture their Ravisloe Country Club wedding. Since they live in Colorado I was able to shoot their spring engagement session in downtown Denver.

In all of my years doing weddings, Katie is one of the top two most organized brides that I’ve ever worked with. It came as no surprise that during one of the toasts, Katie was described as someone who can eat dinner, hold a conversation and juggle two phones while reporting breaking news. She had everything under control and at the same time, trusted me with so much. I enjoyed every time she would call me with a logistics question or sent me photos from the venue walk through. She cared immensely about photos and as part of that, she wanted me to be successful. I like to pride myself in being one of the hardest working photographers out there but having an awesome couple like Katie and Joel made us work even harder.

From the moment I walked into the suite at La Banque hotel, I knew it would be an awesome day. Katie’s friends and family were full of energy. I had a blast all morning hanging with the girls while Travis was with Joel and the groomsmen. After spending the early parts of the day getting ready with perfect light we traveled over to Ravisloe CC for first look. Joel’s reaction when he saw Katie was priceless. There is nothing better than capturing raw emotion on a wedding day.

Although we were in the South Chicago suburbs, the courtyard at the country club looked like something out of southern California. The ivy and terracotta roof were stunning and looked like no venue that we’ve ever photographed in the Chicago area, or anywhere for that matter. The Catholic and Jewish ceremony had touches that represented each of their faiths.

Their day went by fast but not before everyone partied all night. Katie’s dad surprisingly stole the show on the dance floor. He seemed to have as good a time as anyone that evening. How could he not when celebrating the fact that his successful, intelligent and gorgeous daughter was marrying her equal.

Great people are the reason that I enjoy doing what I do. I have a feeling that I’ll be popping a few more bottles with Joel, Katie and my fiancée Amy soon. Thanks again for trusting Travis and I to photograph your Ravisloe Country Club wedding. 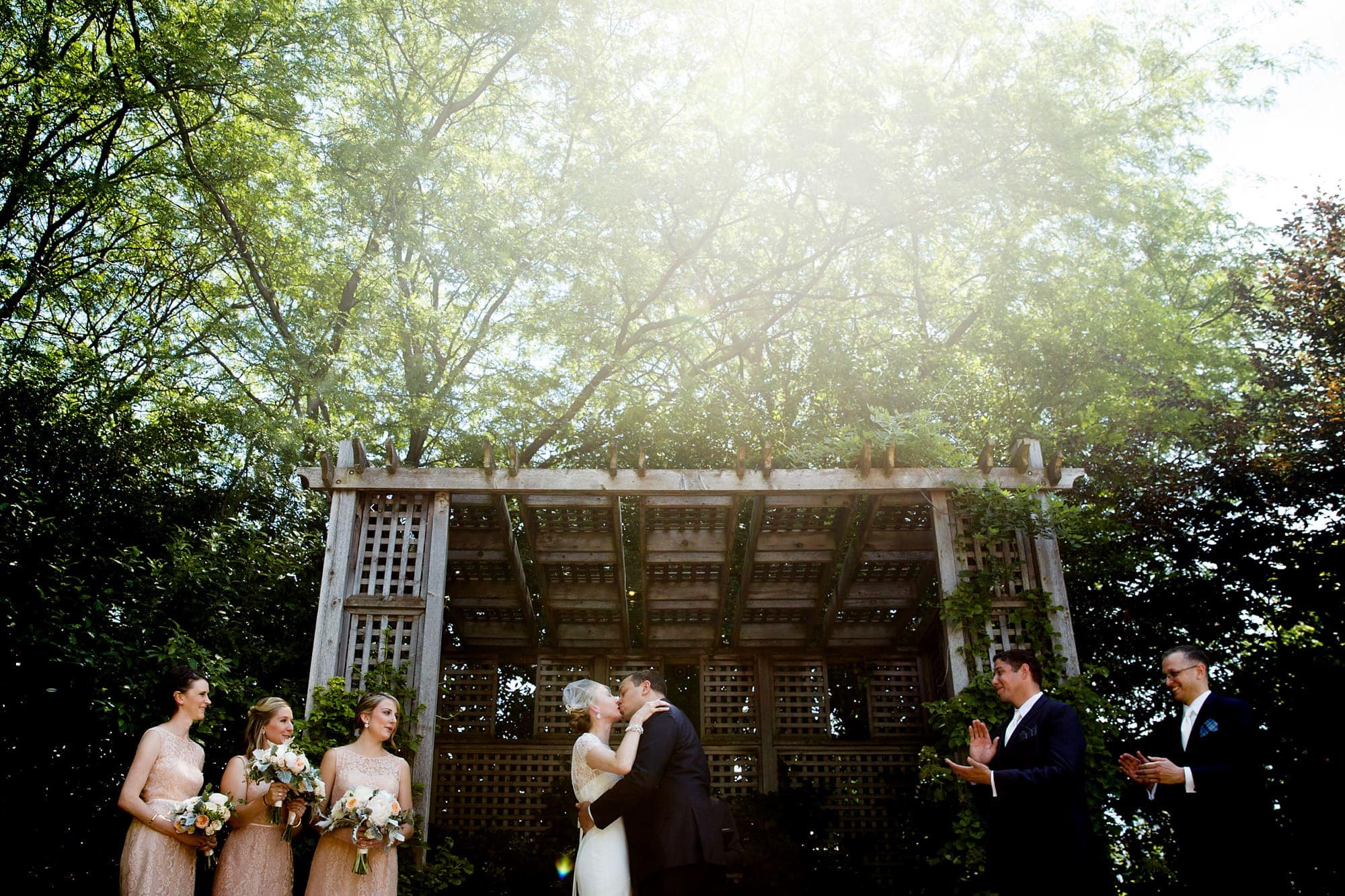 I traveled out to Chicago for Erin and Chris’ Galleria Marchetti wedding in June for their wonderfully quaint morning ceremony and brunch reception. Galleria Marchetti is a hidden gem in the River West neighborhood and you would have no idea that it’s so close to the highway because of the all of the trees that hide the property from the surrounding area. As a Colorado wedding photojournalist I’m spoiled with all of the outdoor ceremony locations that I get to work throughout the busy wedding season so it was a treat to photograph Erin and Chris’ ceremony outside under the arbor. The sunlight poured in through the tops of the trees and it created a great feel for their first kiss as husband and wife….

Watching Elynor May and Dermot Monks enjoy each other’s company this evening was not only a pleasure to experience but also a joy to photograph as a denver engagement photographer. Their retro engagement session in RiNo was one of my favorites but I’ve also shot other sessions in RiNo. When you combine the interesting locations, amazing light and great fashion that we had to work with you might of thought we were on a movie set tonight. Once again everything fell into place but it’s easy to say that when you get clients who just “get it,” like these two. Wandering downtown near a few of my new favorite locations (shhhhhhh, don’t tell anyone) our eyes lit up with excitement as we stumbled upon graphic color,…

“Justin ran the show, made us all feel at ease, and was such a good communicator. When you hire Justin you’re hiring a hell of a lot more than a photographer.”
SIENNA + JACOB

Real weddings don’t fit neatly into four, six or even eight hour packages. Our collections don’t require you to know your timeline months before your wedding.

As a a documentary photographer, I love moments. And it turns out a lot of moments happen before most photographers arrive or after they leave. That’s why all of our collections include up to 10 hours!

We’ll work together to make sure I’m there for all the great moments you expect, and the ones you don’t. You’ll never have to worry about planning your day around the photographer’s schedule.

Fill out the form on the right to check our availability for your date and to receive the full pricing guide.

For personal privacy, client galleries are password protected. To login, the password is “YYYYMMDDlastname,” where the date is the day of the shoot (wedding day or engagement session) and last name can be either last name. Passwords are case-sensitive, and names are always lowercase.